Sign up to be a volunteer for the Measuring Broadband America (MBA) Program!

Measuring Broadband America (MBA) is the Federal Communications Commission’s (FCC) ongoing study to measure consumer broadband performance across the nation with the goal of improving the availability of information for consumers about their broadband service performance — to empower broadband consumers with tech-driven transparency. 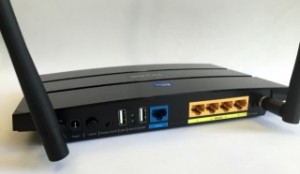 With the assistance of broadband service providers, the FCC harnessed thousands of volunteer participants in its first study to test home (wireline) broadband performance across the U.S. with devices provided through analytics firm SamKnows.

At the end of 2014, the State of Hawaii Department of Commerce and Consumer Affairs (DCCA), Cable Television Division, launched its Measuring Broadband Hawaii program to expand Hawaii’s team of volunteers under the MBA program, because Hawaii was not formally included in the initial program that covered only the continental United States. In 2017, the FCC invited the State and its providers to formally participate in the MBA program.

Links to the latest MBA reports:

Note: The data on Hawaii available in these reports differs from the information available for other States because Hawaii was not included in the MBA program until 2017.