Tesla aerial: The Tesla solar plus battery facility is located on 50 acres of land leased from Grove Farm in Kapaia 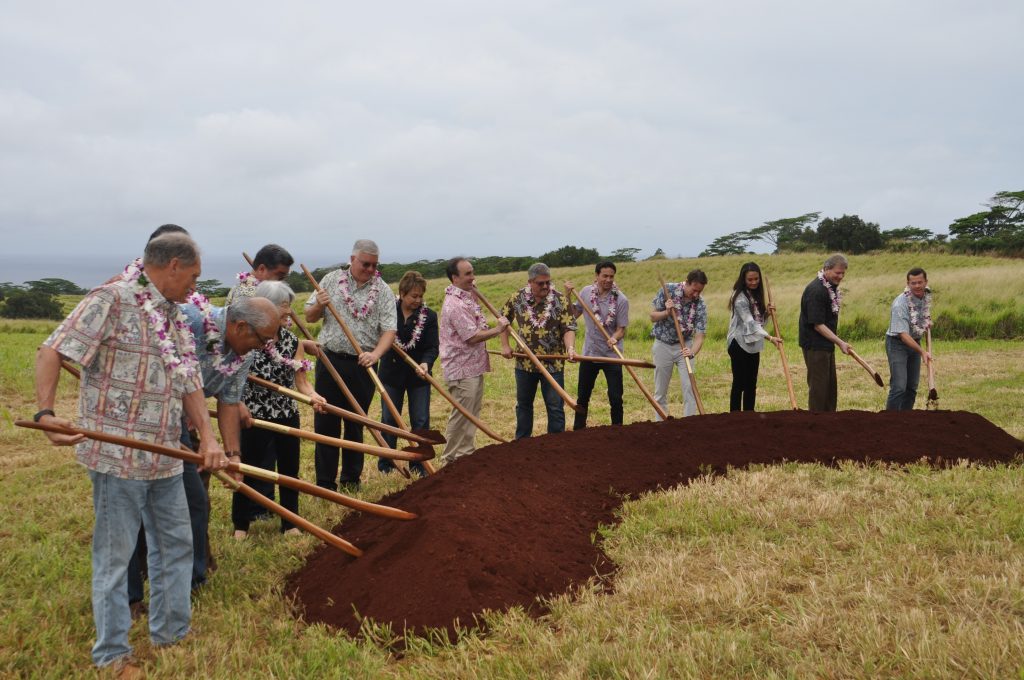 AES Lawai: Community members, along with KIUC and AES personnel, participate in a groundbreaking ceremony for the AES Lāwaʿi project in February 2018

The Consumer Advocate filed its Statement of Position, recommending that the commission; (1) approve the PPA; (2) allow KIUC to include costs incurred under the PPA in its ERAC, to the extent such costs are not included in KIUC’s base rates; (3) approve the commitment and expenditure of funds for the PMRF Substation project; and (4) determine that the Transmission Line should be placed, constructed, erected, and built above the surface of the ground.

View KIUC’s full news release and read more on the PPA by searching Docket No. 2017-0443 on the PUC’s document management system.