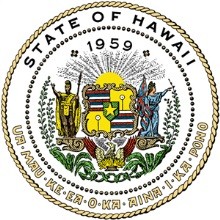 DEPARTMENT OF COMMERCE AND CONSUMER AFFAIRS
OFFICE OF CONSUMER PROTECTION

The settlement, reached between 49 states and the District of Columbia and GM, concludes a multistate investigation into the auto manufacturer’s failure to timely disclose known safety defects associated with unintended key-rotation-related and/or ignition-switch-related issues in several models and model years of GM vehicles.

“GM’s initial response to the safety concerns associated with the ignition switch defect was frankly disgraceful. Instead of proactively addressing a serious safety issue, its employees irresponsibly delayed a recall process that jeopardized the safety of its consumers,” said Levins.

In 2014, GM issued seven vehicle recalls in response to unintended key-rotation-related and/or ignition-switch-related issues, which have affected over 9 million vehicles in the U.S. The recalls involved a defective ignition switch which, under certain conditions, could move out of the “Run” position to the “Accessory” or “Off” position. If this occurs, the driver experiences a loss of electrical systems, including power steering and power brakes.  If a collision occurs while the ignition switch is in the “Accessory” or “Off” position, the vehicle’s safety airbags may also fail to deploy, increasing the risk of serious injury or death in certain types of crashes in which the airbag was otherwise designed to deploy.

As the states alleged, certain employees of GM and General Motors Corporation (which went through bankruptcy in 2009), knew as early as 2004 that the ignition switch posed a safety defect because it could cause airbag non-deployment. However, despite this knowledge, GM personnel decided it wasn’t a safety concern and delayed making recalls. GM continued to market the reliability and safety of its motor vehicles which were equipped with this defective ignition switch.

Under a consent judgment, which will be presented to the First Circuit Court of the State of Hawaii, GM shall: