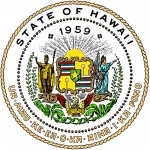 Oceanic Subscribers of TMC and Showtime to Receive a Bill Credit

HONOLULU – The recent settlement between Time Warner Cable and CBS will mean a credit to Hawaii customers of Oceanic TWC (Oceanic), after an inquiry by the Department of Commerce and Consumer Affairs (DCCA) Cable Television Division (CATV).

Federal Communications Commission Acting Chairwoman Mignon Clyburn announced on Sept. 2, 2013, an agreement between CBS Corp. and Time Warner Cable, resolving a dispute between the companies. While the dispute did not result in a suspension of CBS programming for Hawaii subscribers, it did cause a suspension of premium services by Oceanic for approximately one month of the following channels: The Movie Channel (TMC), Showtime, Flix Digital, and Smithsonian HD. Two of the premium programming services, TMC and Showtime, are offered to Oceanic subscribers in their own programming packages. Flix Digital and Smithsonian HD are provided to subscribers within various premium programming packages.

Given that Oceanic bills its subscribers in advance for cable services, the suspension of programming by Oceanic meant that many Oceanic subscribers in Hawaii were billed for TMC and Showtime programming services for the month of August that they did not receive. In response to a CATV inquiry about the programming suspension, Oceanic reports that it is crediting back to its subscribers amounts paid, as their bills are generated and issued, and according to the amount of their monthly charge for TMC and/or Showtime and number of days affected by the outage of those channels.

Oceanic subscribers who subscribe to TMC and/or Showtime should see a bill credit in their next bill. Oceanic subscribers affected by the suspension of service can make billing inquiries by calling 643-2100 statewide. Because of different billing cycles and discounts and deals that customers may already be receiving, it is best to contact Oceanic to find out exactly what their credit would be.

CATV regulates franchised wireline cable operators within the State of Hawaii. CATV ensures cable operators’ compliance with rules and regulations relating to their practices and procedures such as customer service, technical standards and basic service rates. CATV also monitors cable operators to ensure that reliable and responsive cable communications services are made available to subscribers and users throughout the State.