DCCA has designated the location of 100 new Spectrum WiFi hotspots at public parks, civic and other community centers, and other public open areas and gathering places as part of its approval of the transfer of the Oceanic Time Warner Cable franchises in the State from Time Warner Cable to Charter Communications.

These designated locations offer 1 hour of free WiFi service per device per day.  To locate these hotspots, scroll down for listings and maps by island or click on the link below to access an interactive version of the state map (locations are approximate): 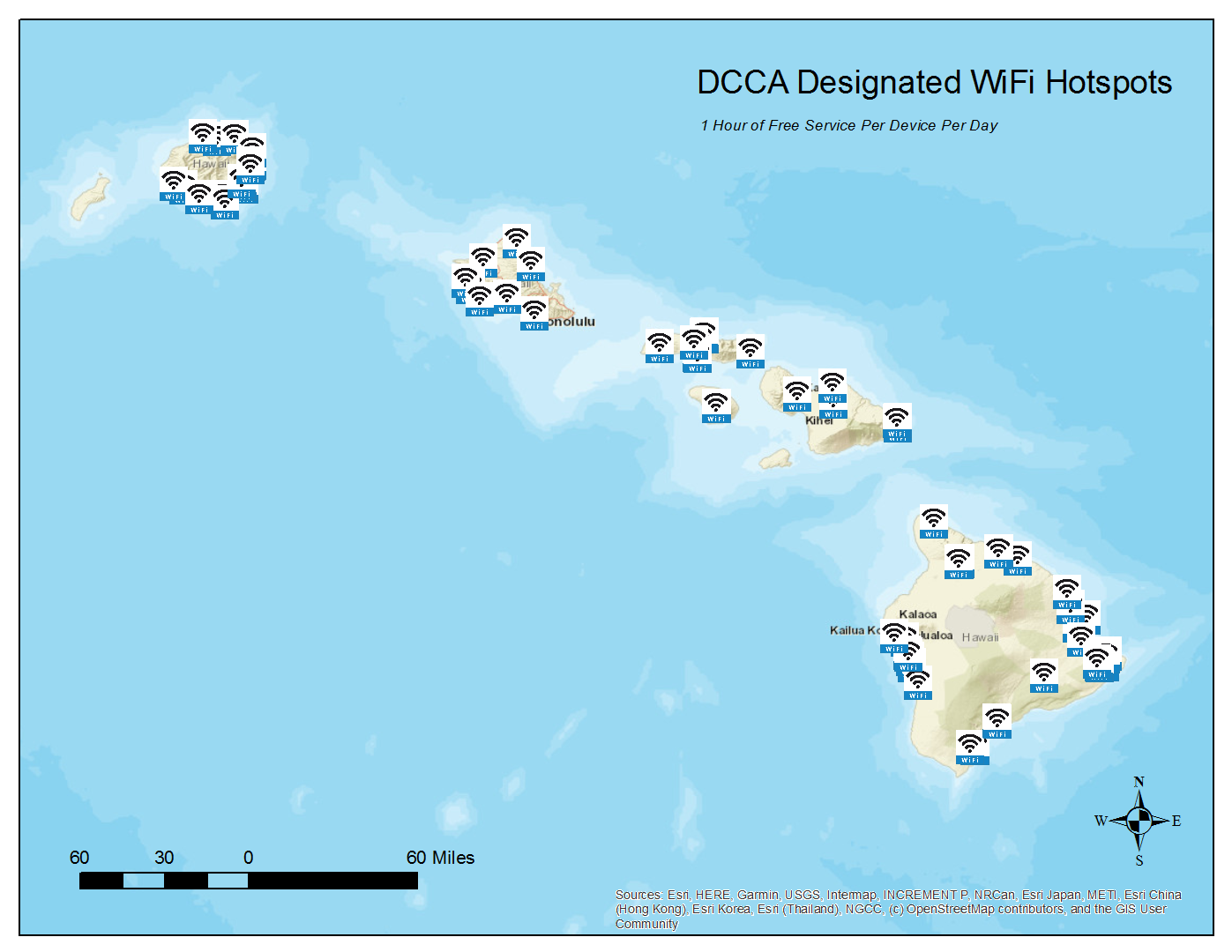 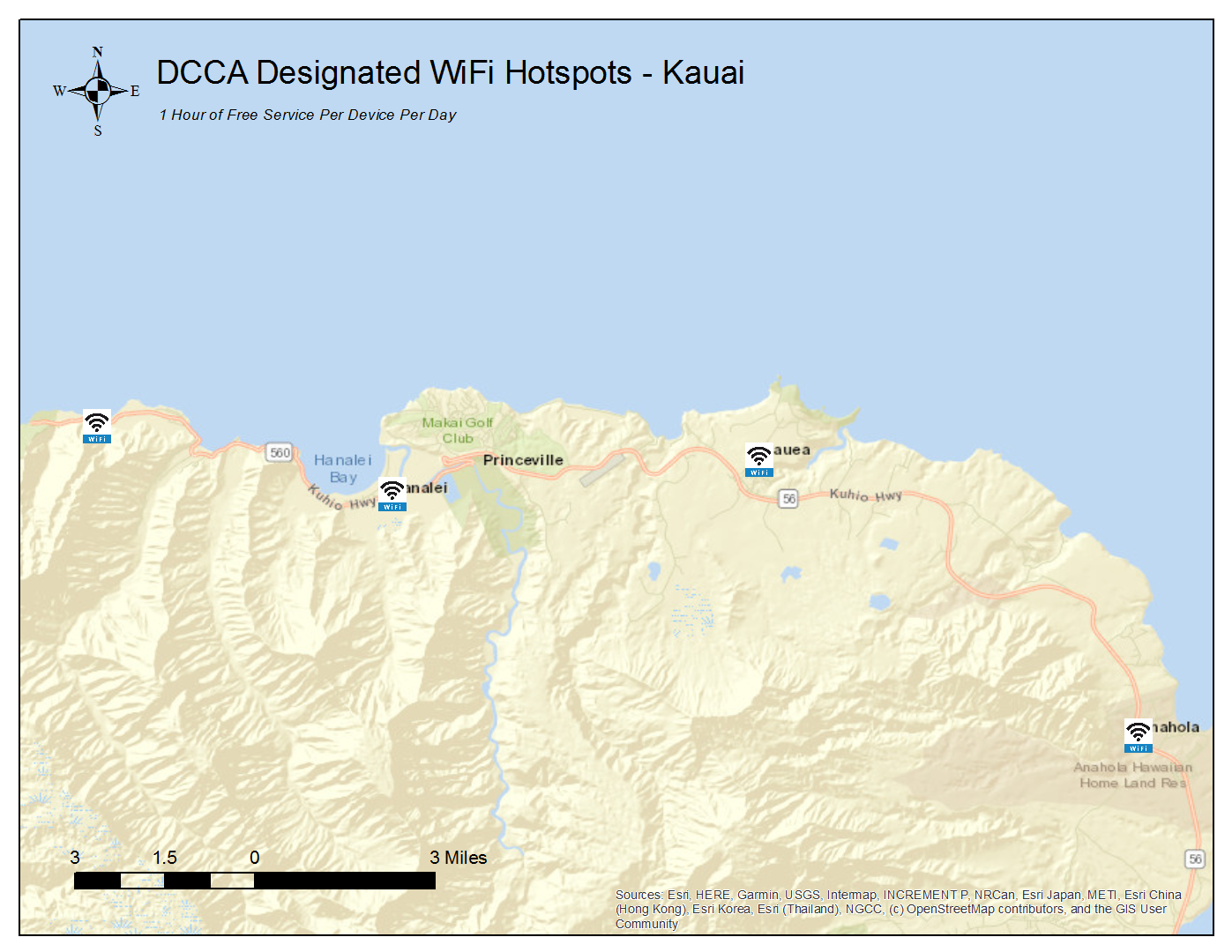 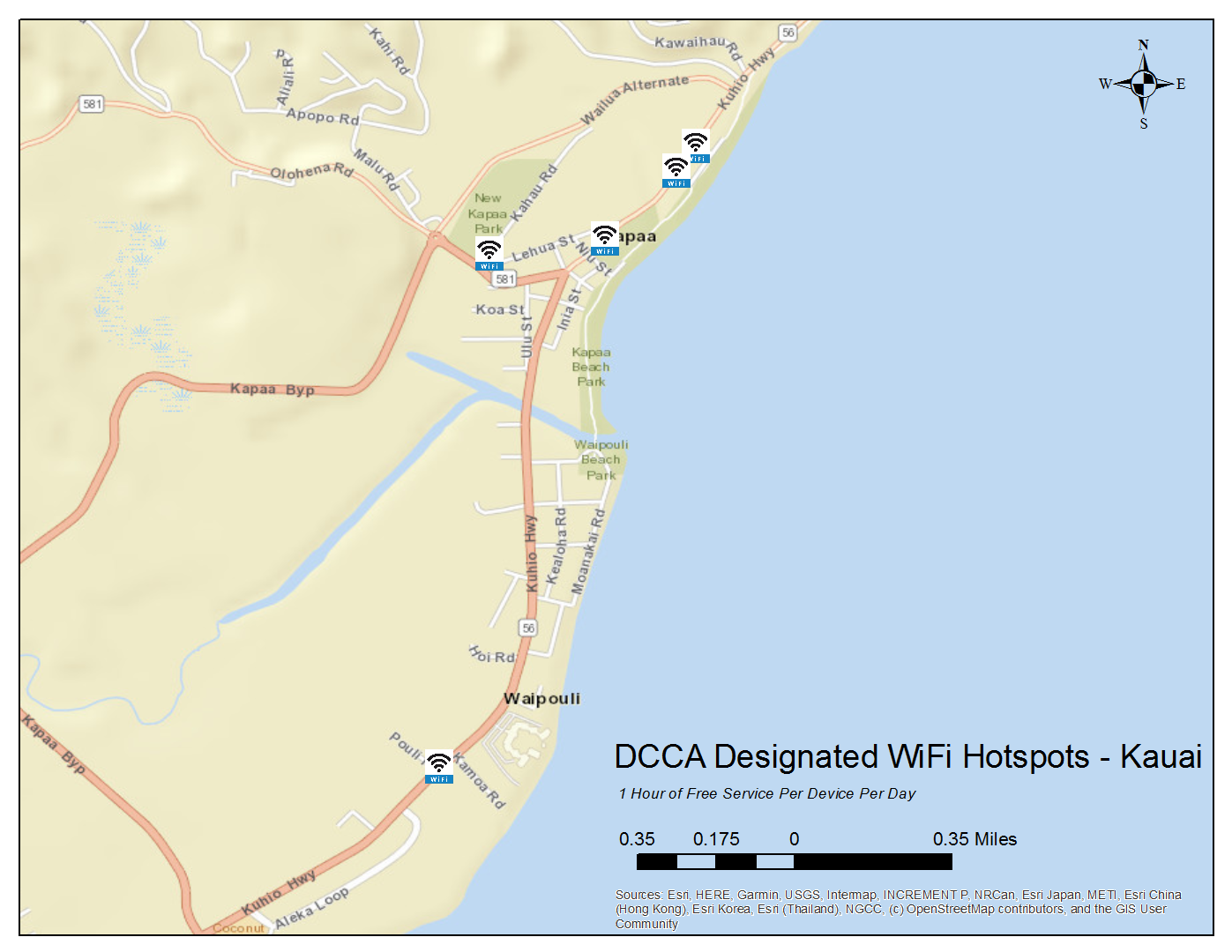 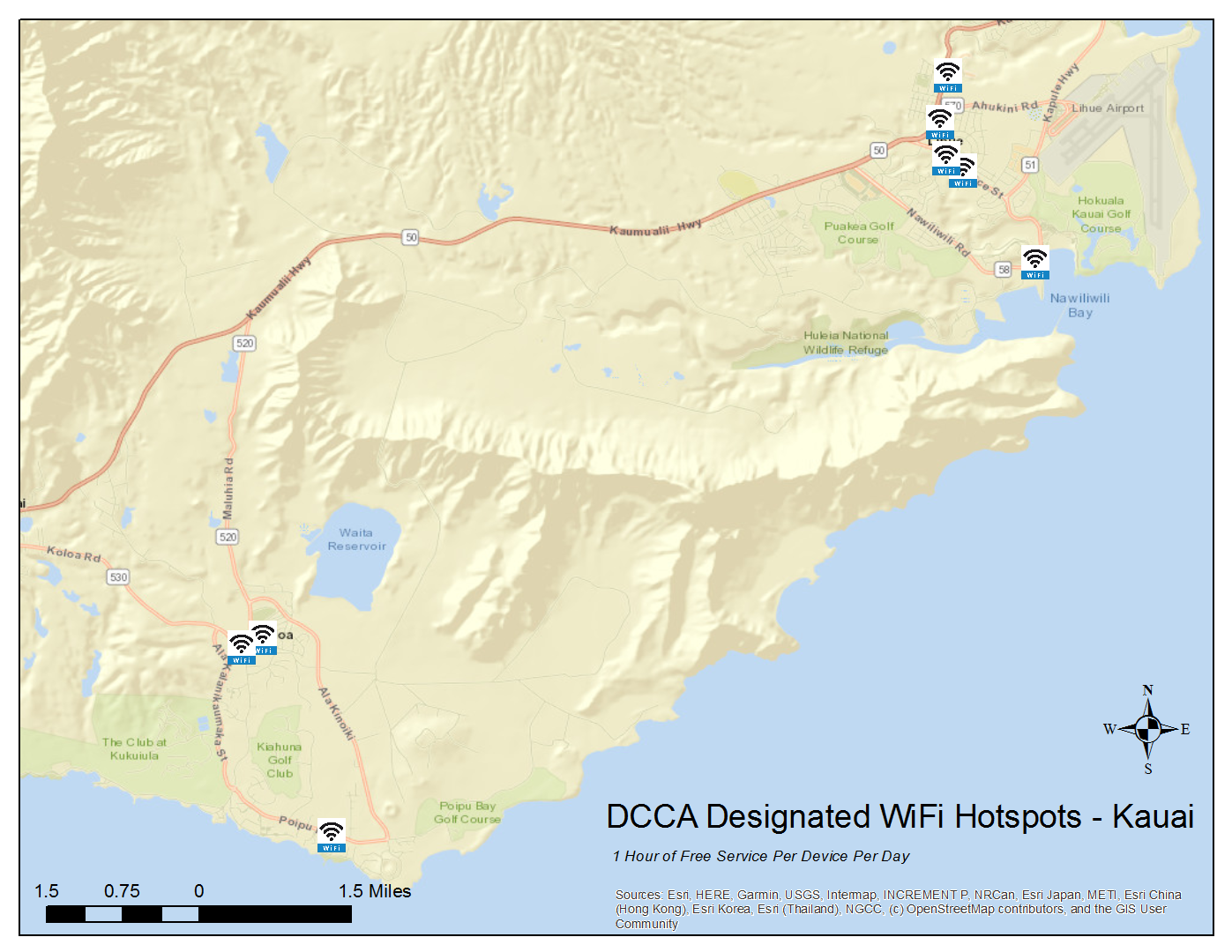 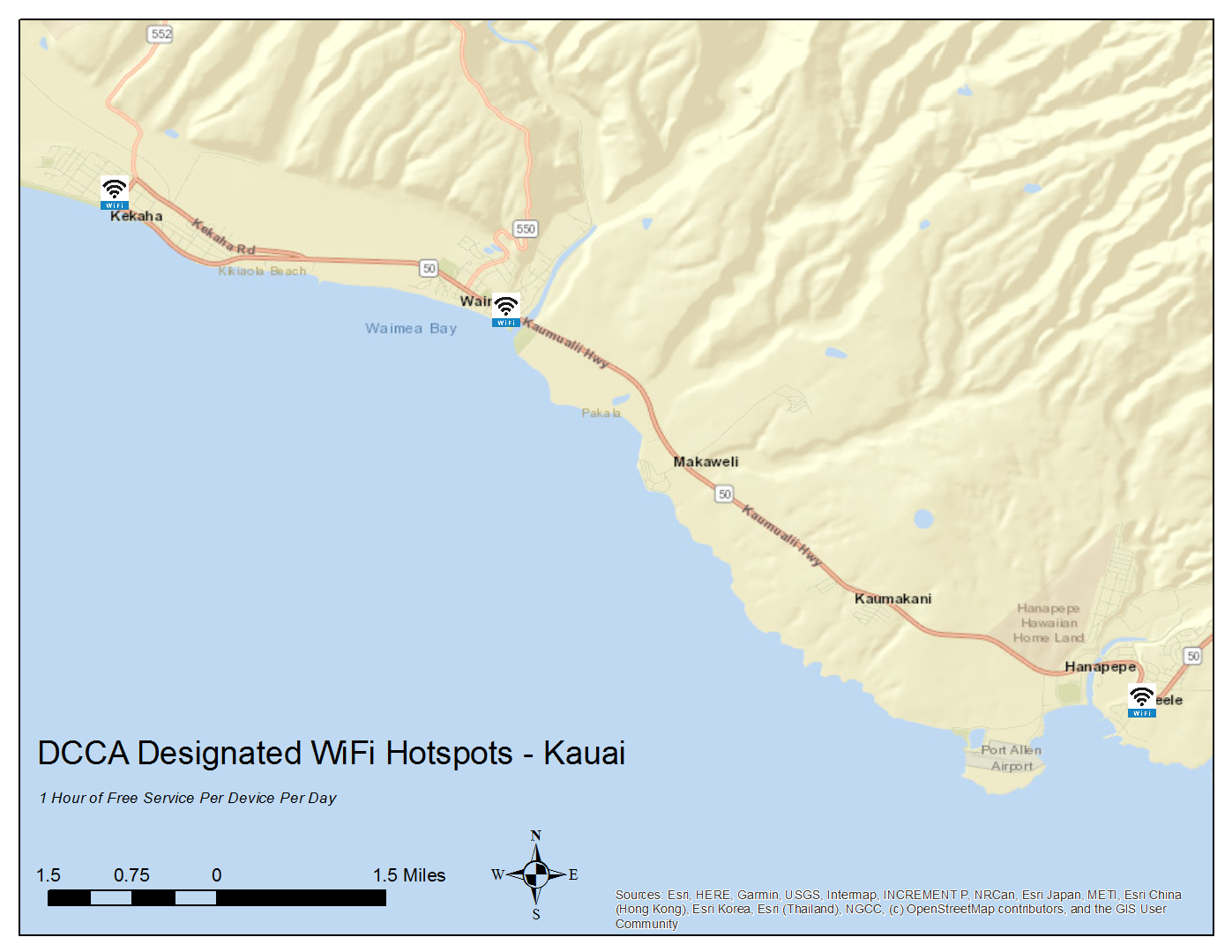 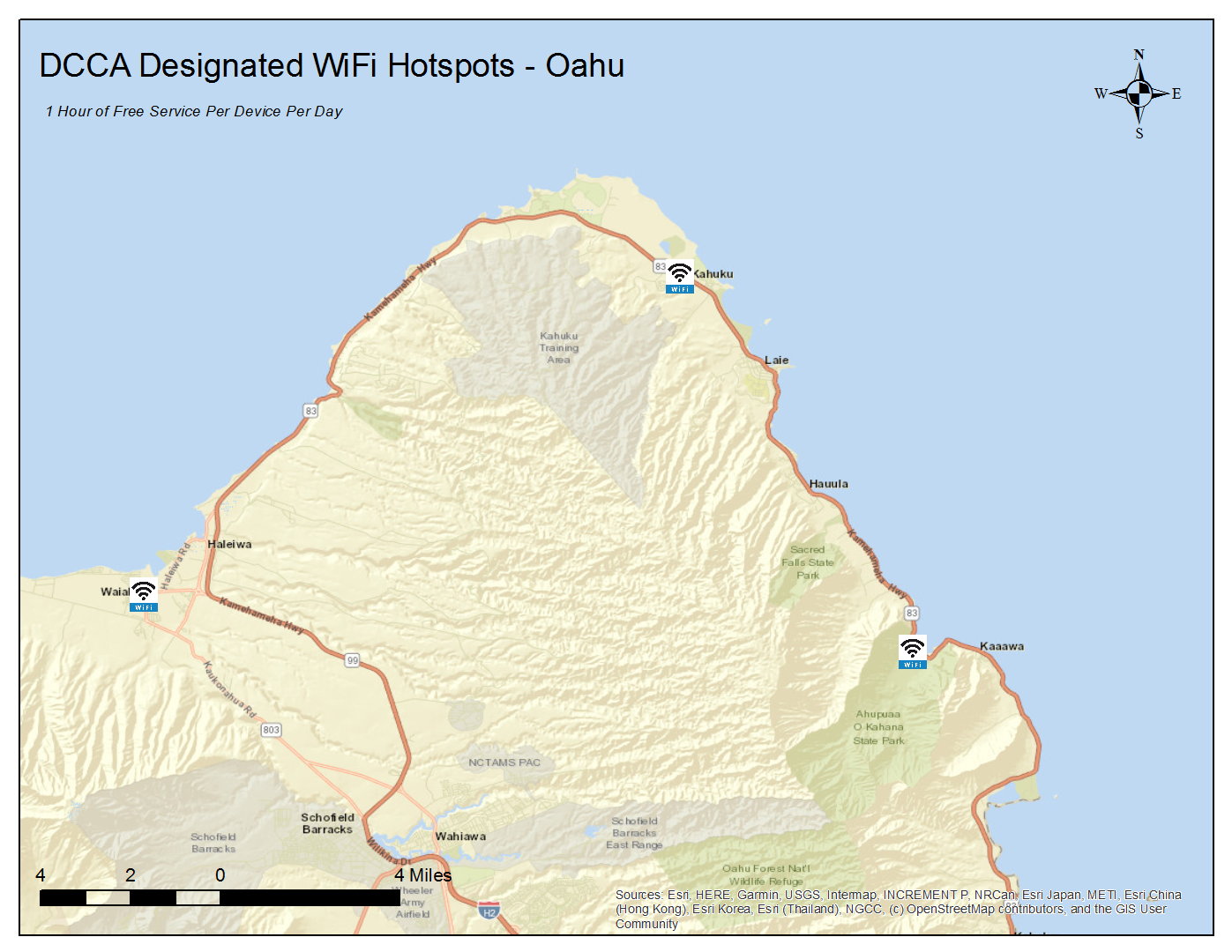 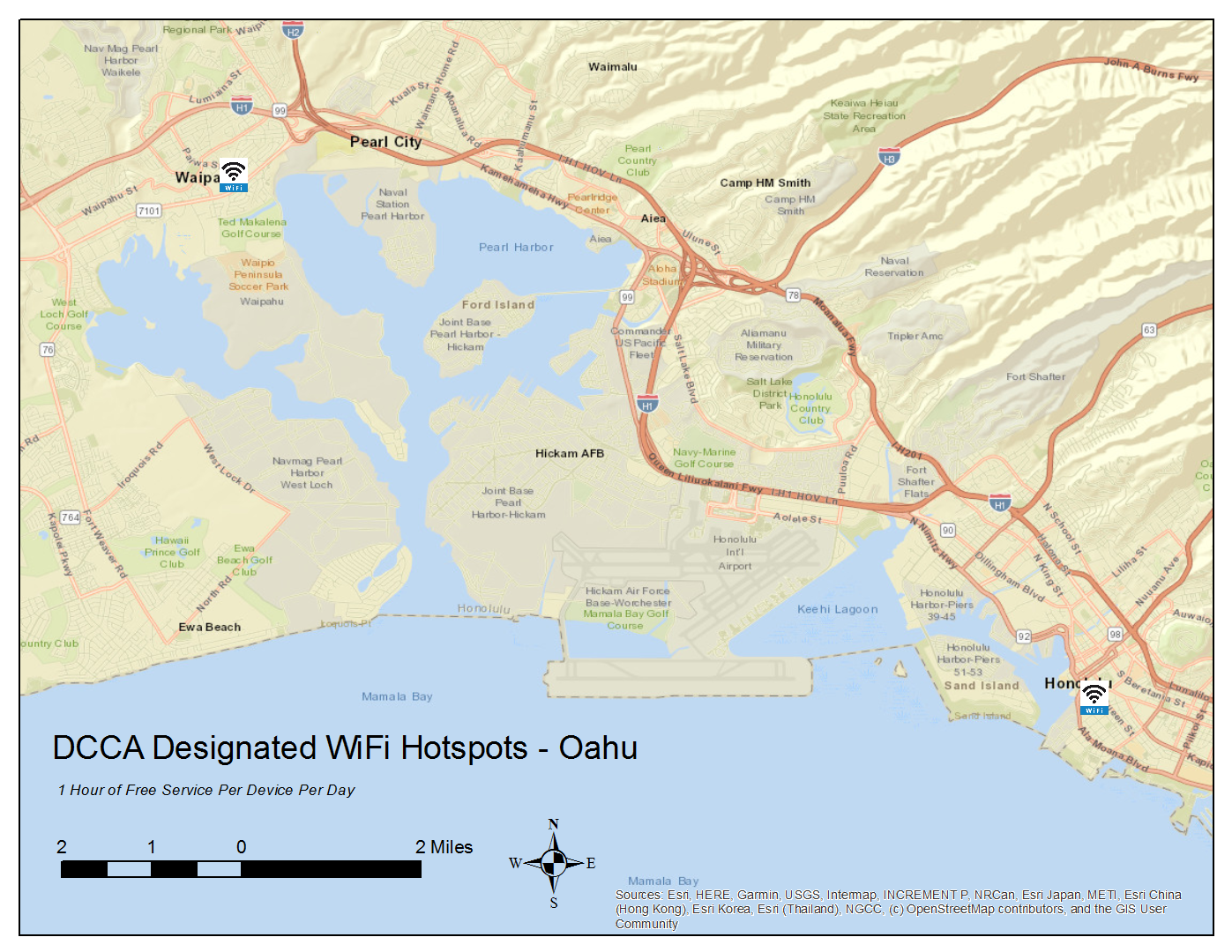 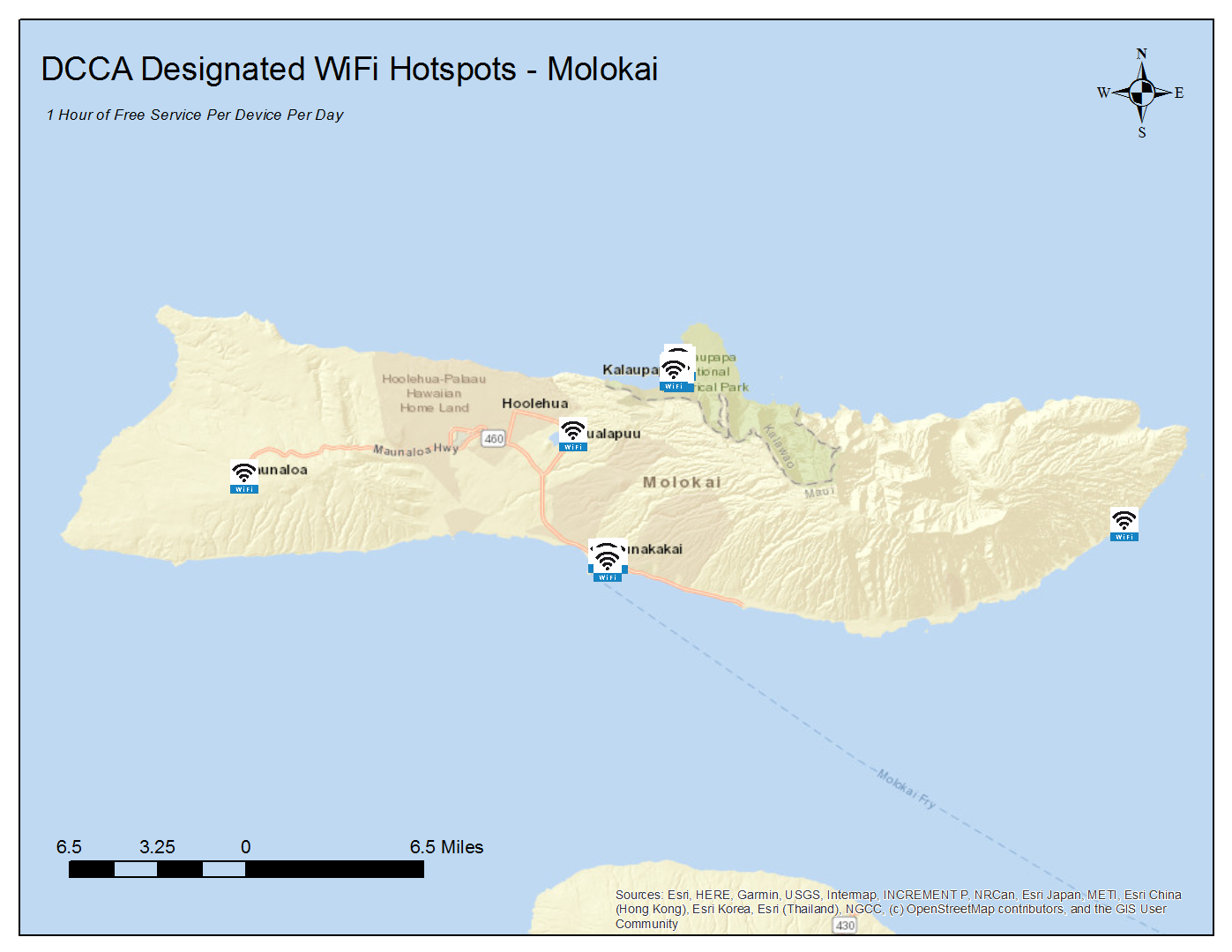 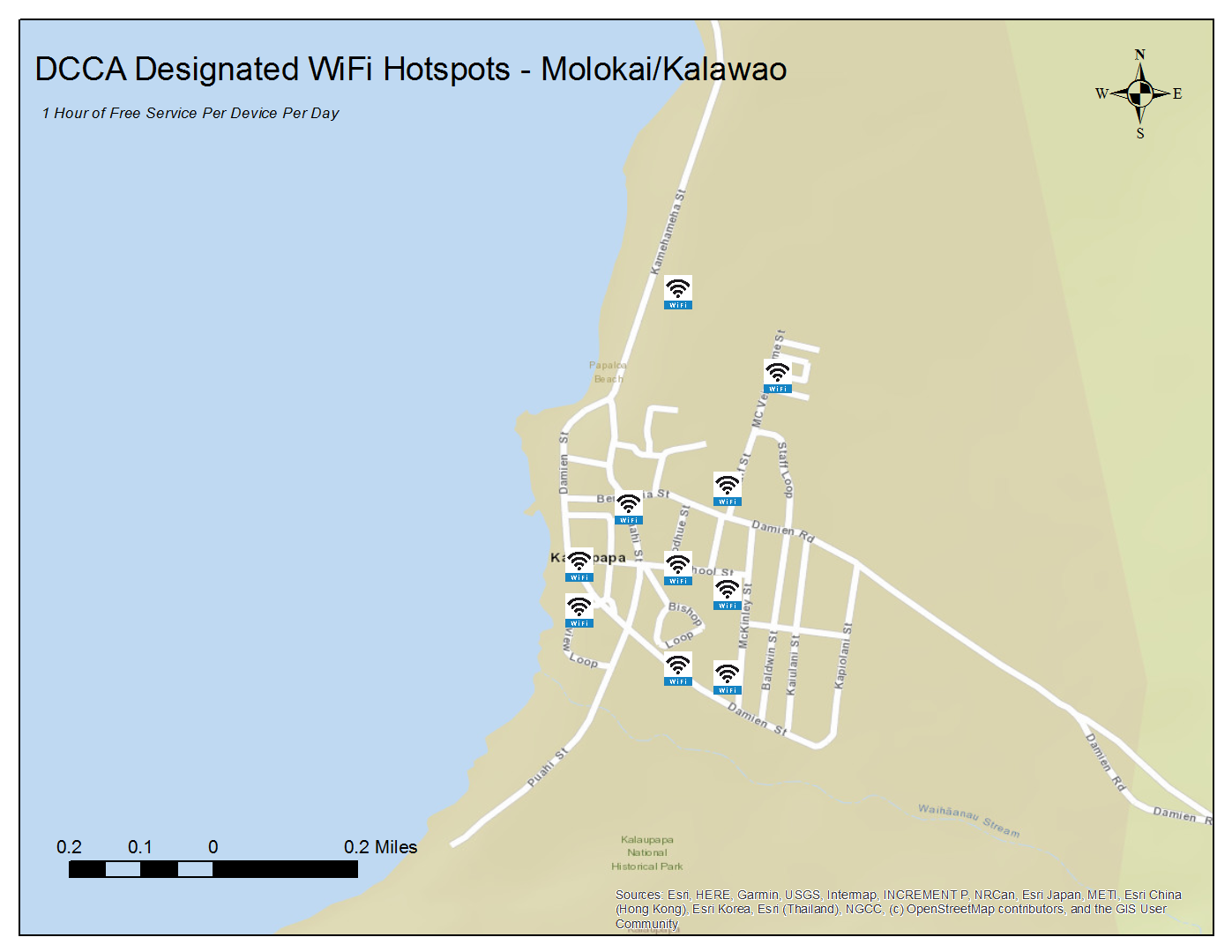 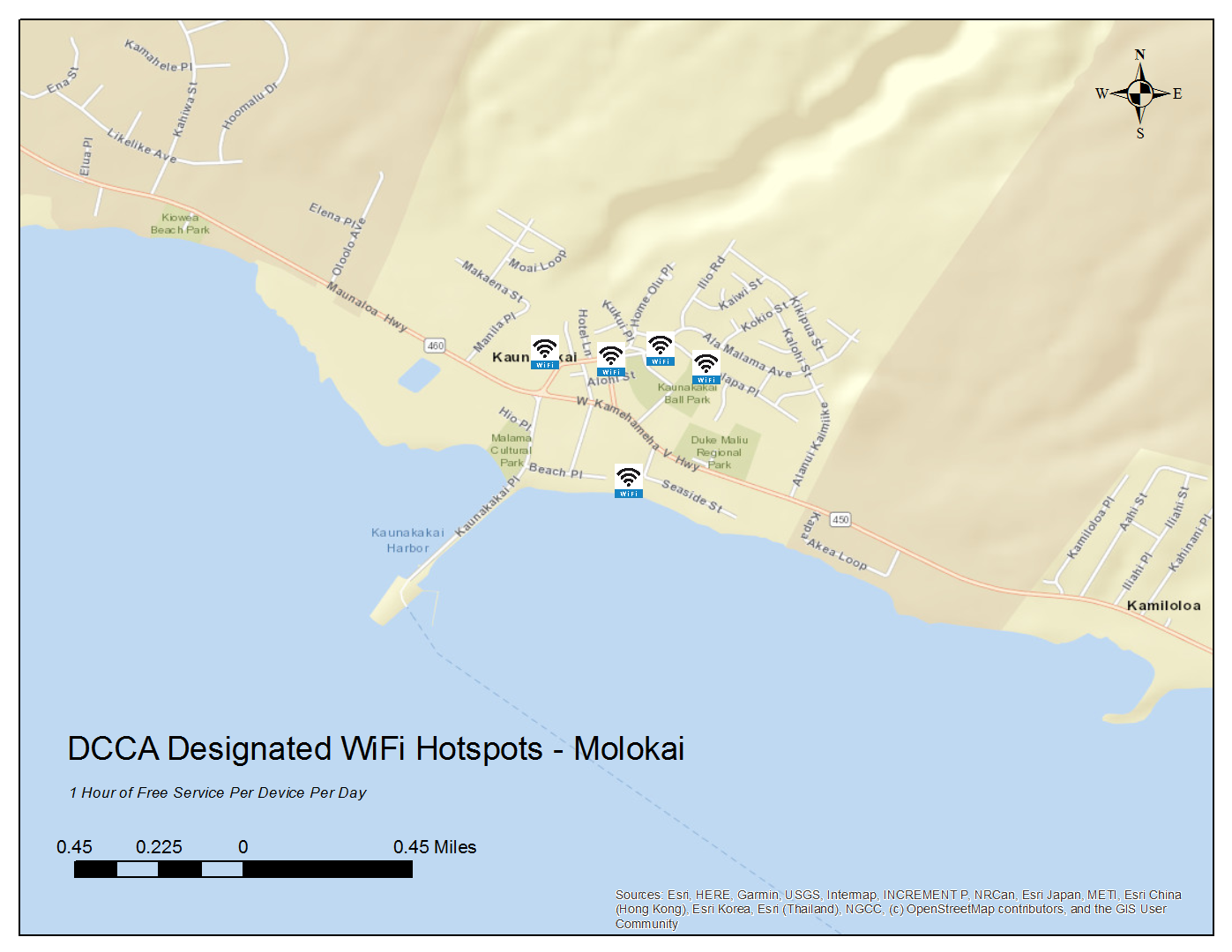 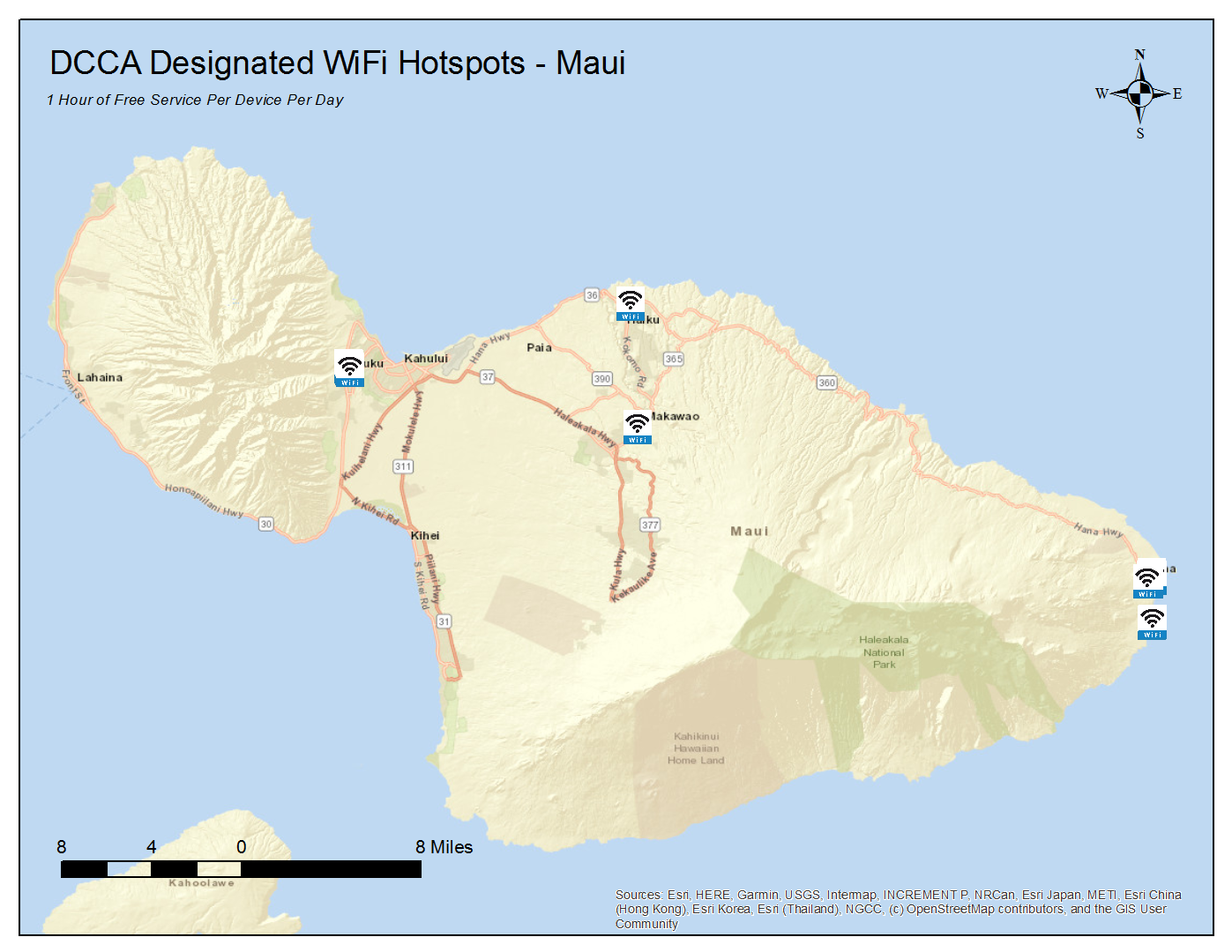 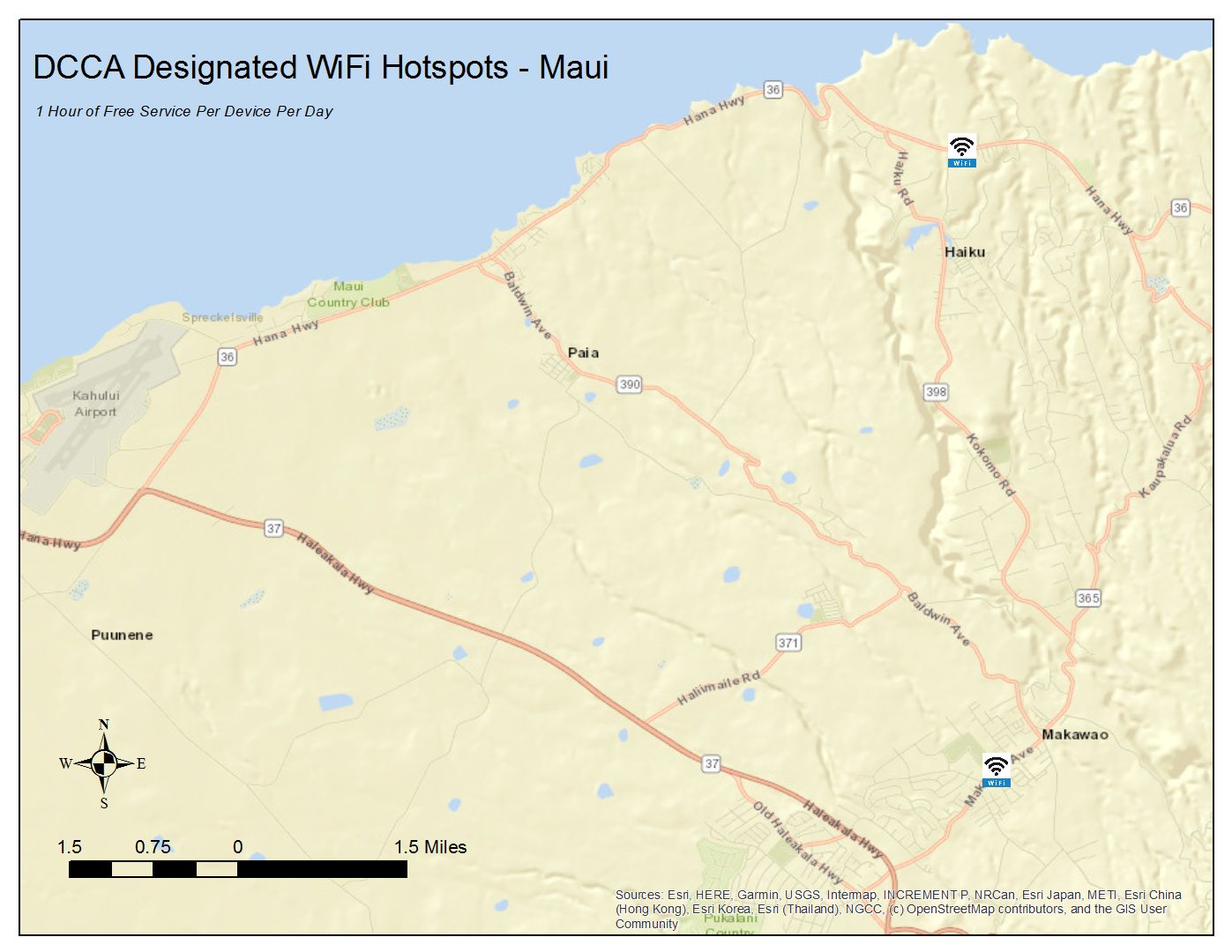 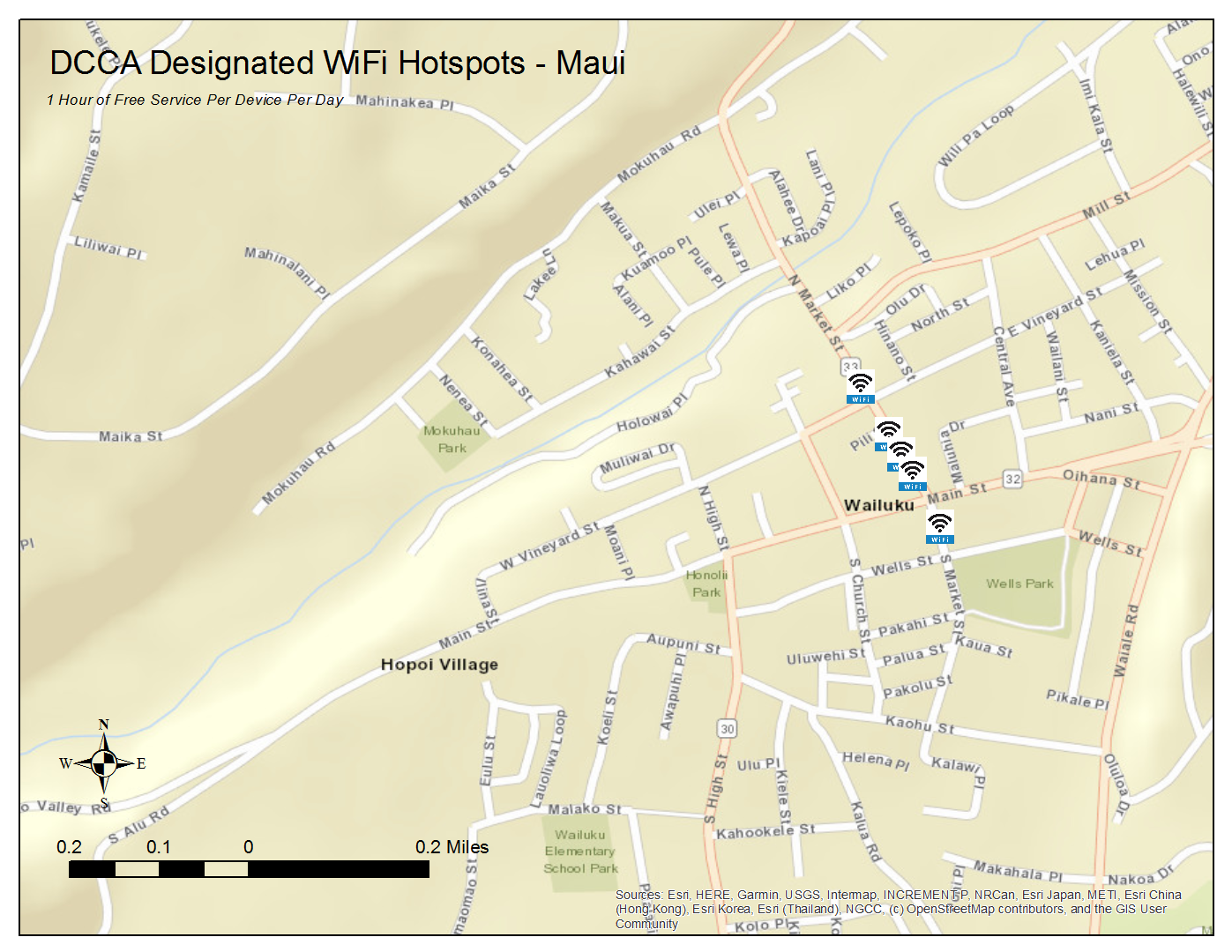 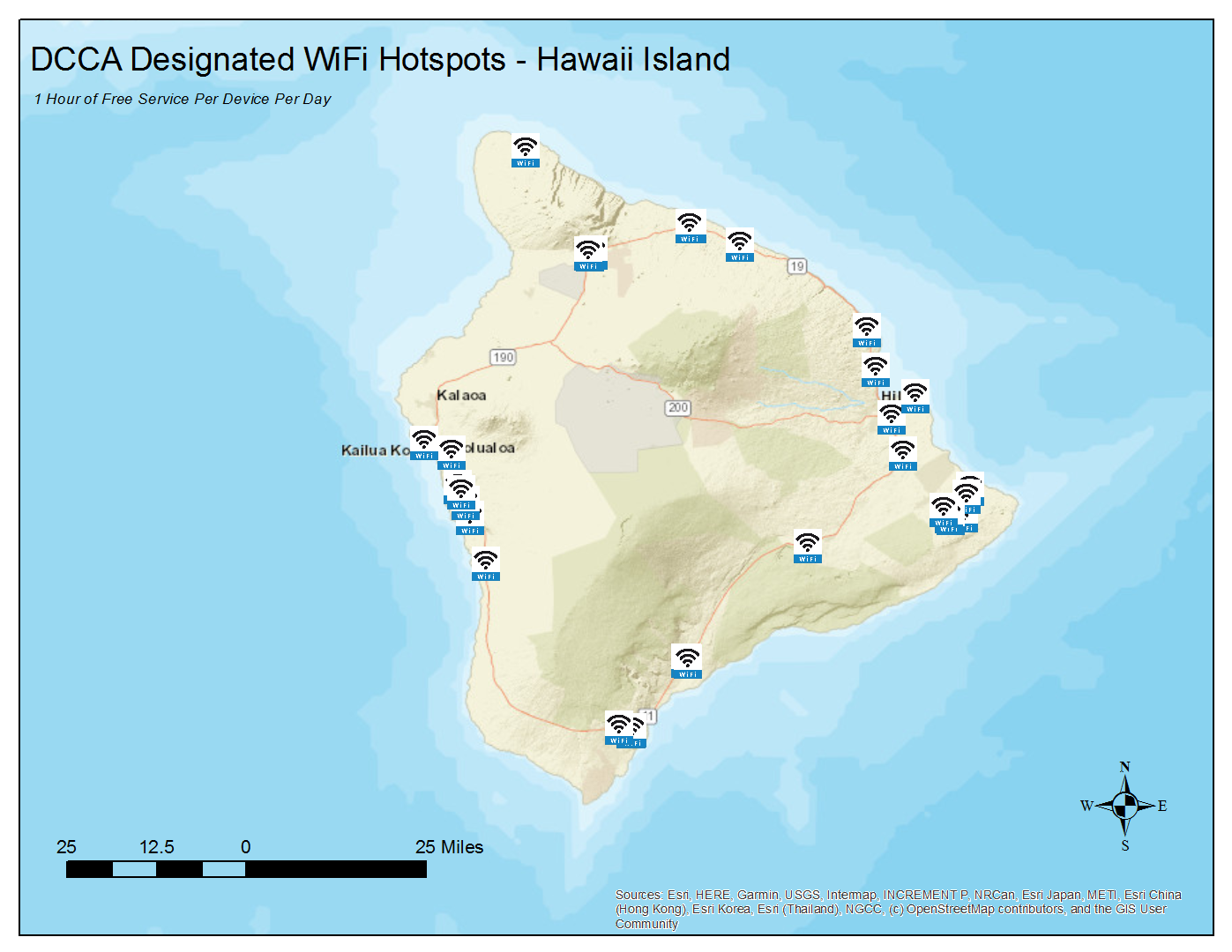 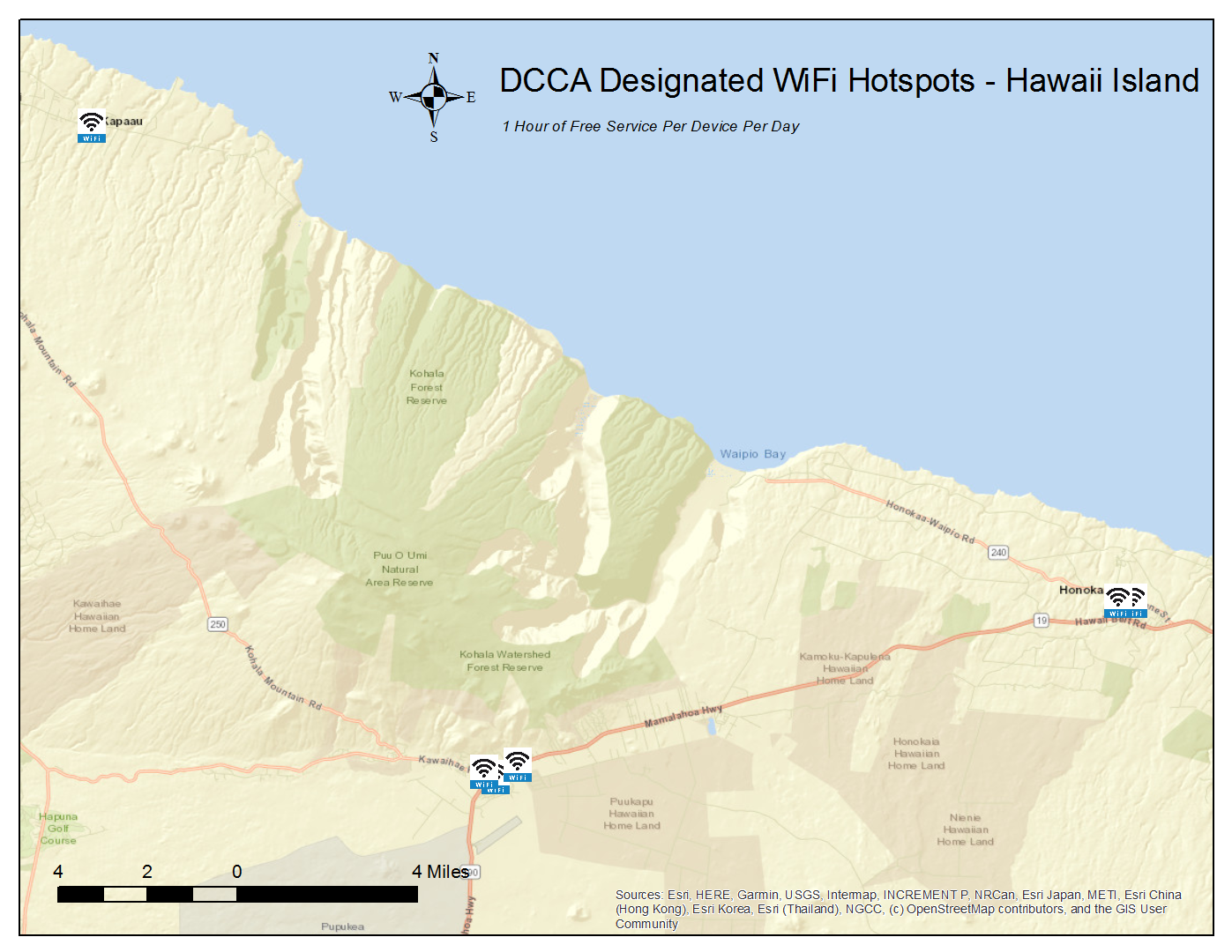 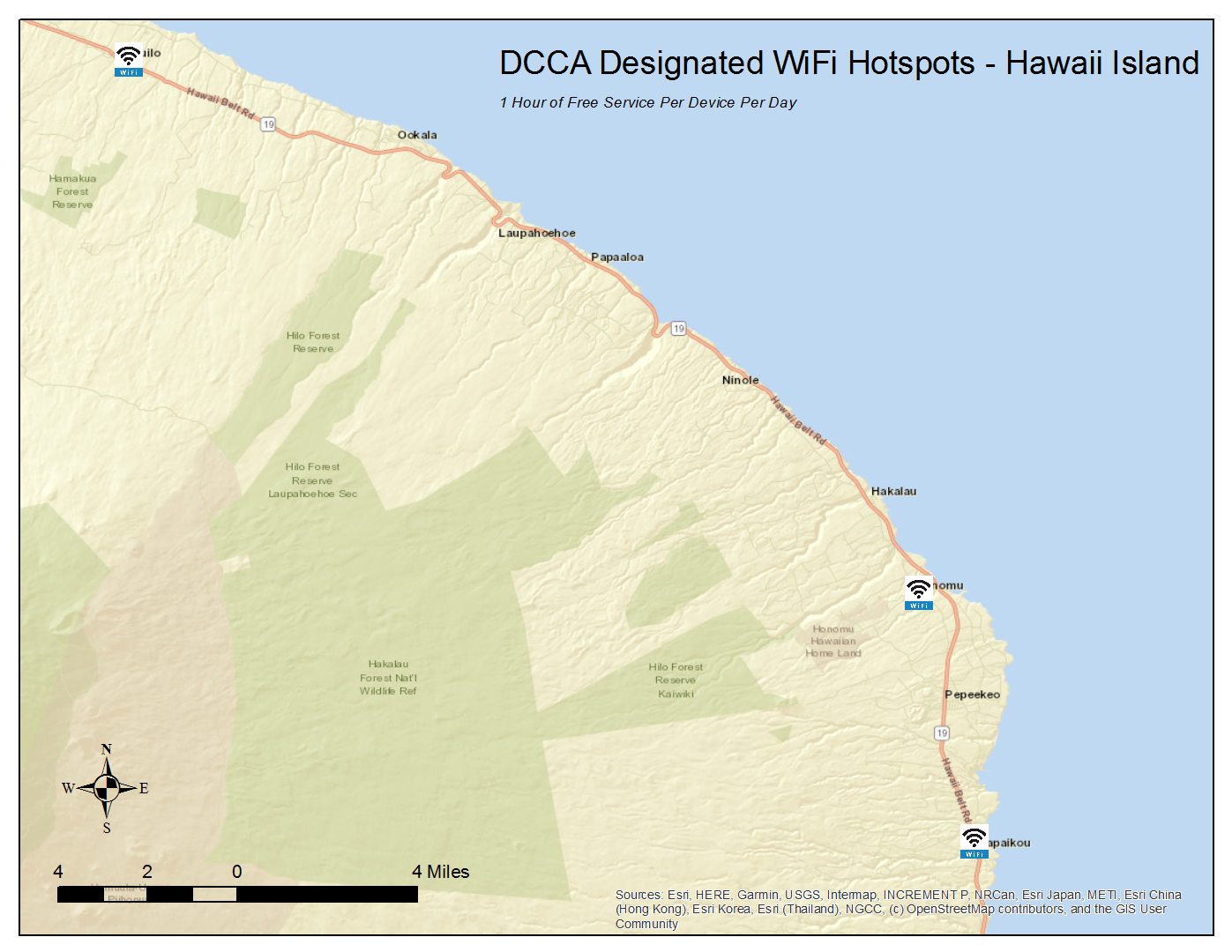 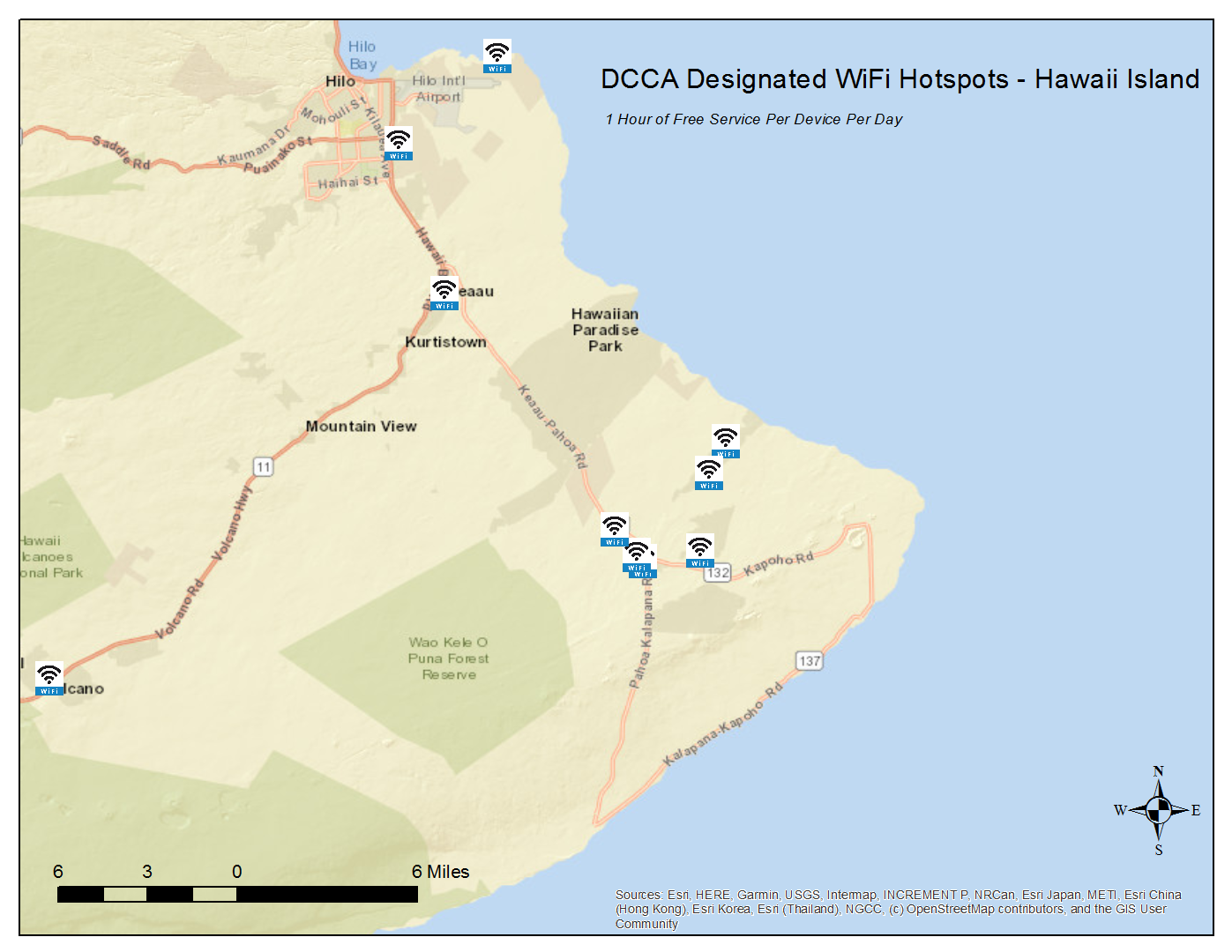